After having had a tough run (with two 5-game matches), James Willstrop could only keep up with Grégoire Marche for one game in the 5R Montpellier Métropole Open final last Sunday.

Nevertheless, the tall Englishman was able to display his skills during the week, and was unanimously praised for his class on and off the court. Read our interview with a true champion.

About the final and his run in Montpellier

"He was too good today. Greg is a physical player. He's able to get balls back as well if not better than anyone I'd played before in the tournament and that's why he was number 1 seed. He's not a young player anymore, he's amassed a lot of experience and he knows what he's doing. In this final, I didn't do enough and I wasn't able to push harder for longer. I struggled mentally and physically, it's been a tough week with a couple of hard matches, and the conditions were very hot and bouncy. I don't enjoy losing of course, but I still take some positives out of this tournament. I made the final, and Malcolm and I had a great time here in Montpellier and met some lovely people."

"Greg was too good in the final but I still take some positives out of the week." 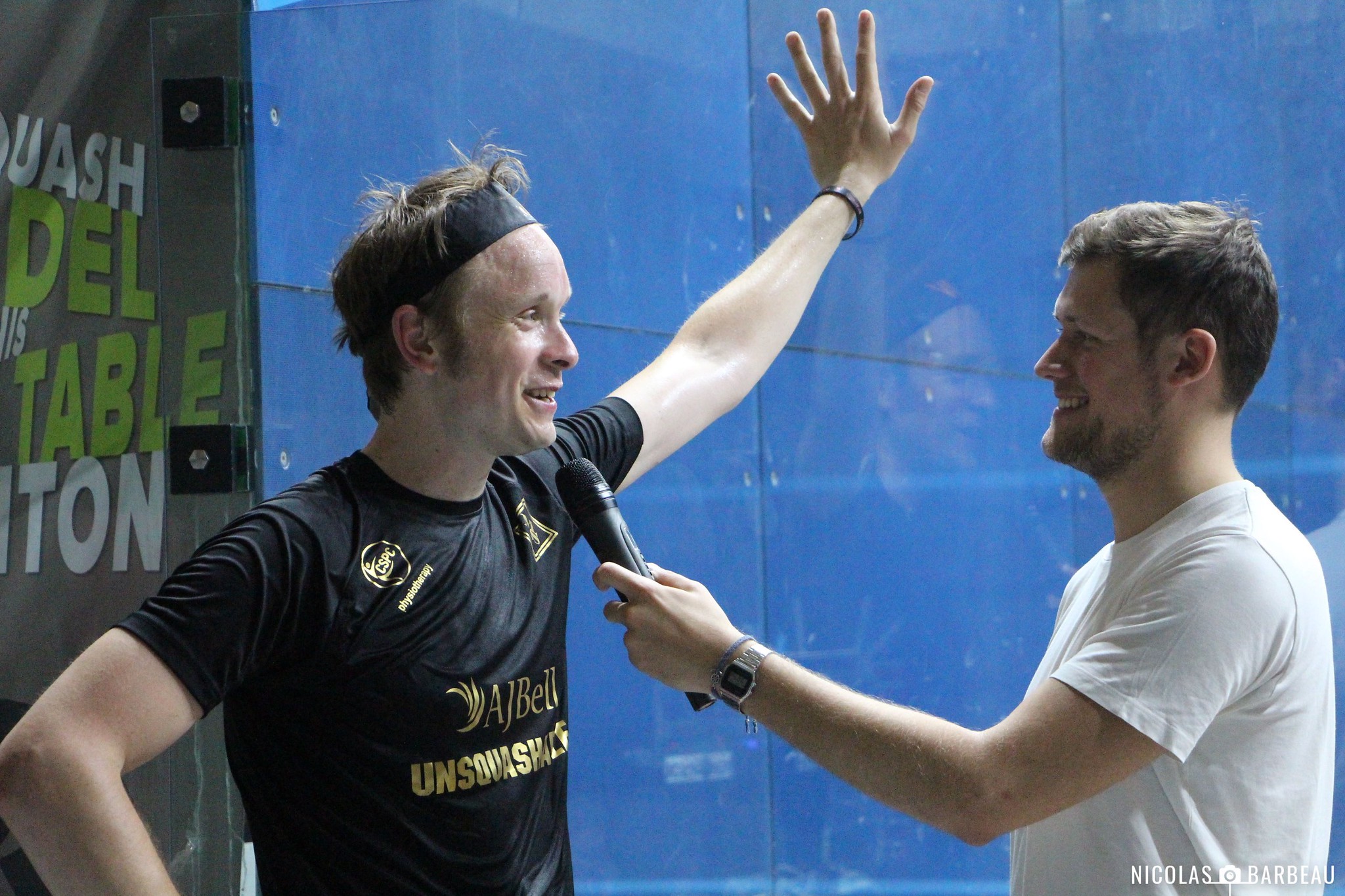 On his current mindset

"As I've explained before, I no longer have specific goals, I am keeping things simple and focusing on the squash. I am almost 36 years old, I have to be careful with my body and I can't train as hard as I used to. It's hard to keep up with players like Greg, but I am still top 20 and enjoying training as well as competing."

"I am still enjoying training as well as competing." 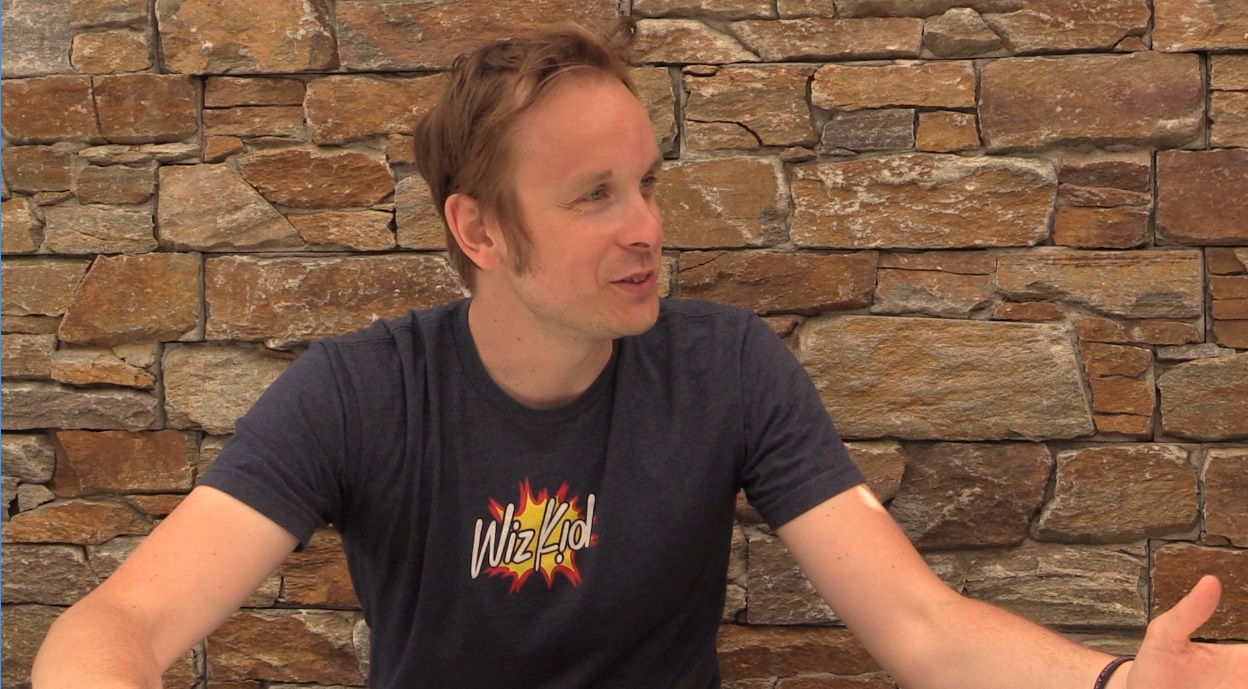 James Willstrop says his approach to matches is more relaxed than it used to (Photo credit: Kronotek)

About his ability to play top level squash on a given day, for example at the 2018 Commonwealth Games final (won in straight games against Paul Coll)

"That's the thing, this was not a goal! I was not looking beyond the first round. I think I am a bit more relaxed and astute about the way I play matches now that maybe I did when I was playing finals in World Series event (We talk about his book 'A shot and a ghost' and the strict routines it describes). I don't always like it when I read some parts of it. I was a bit too intense about certain things and I tend to think I was not a very nice person back then (he laughs). Having said that, I still prepare my matches as diligently as I can. I do all my exercises and warm-up as well as possible, to put myself in the very best position to try and win every match I play." 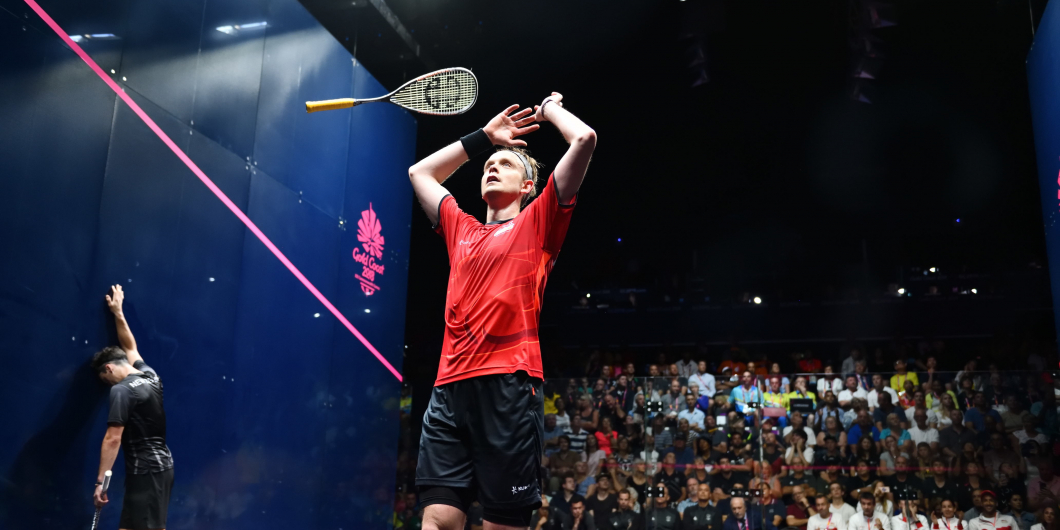 The gold medal at the 2018 Commonwealth Games is one of the highlights of James Willstrop's career (Photo credit: PSA World Tour)

About the numerous retirements in squash lately, and his plans for the future …

"Do you want me to retire (he laughs)? To be honest, it's not clear cut in my mind. I am lucky enough to do what I love and earn some money, how could I complain? Some players struggle when their level drops with age. It's not my case even though as I was saying before, I do not enjoy losing! There are indeed a few players, especially from my generation, who've retired lately. As far as I am concerned, I don't think I'll make a big fuss about it when I stop playing, it's just not who I am. But maybe I'll be convinced to do otherwise …"

On his interests besides squash

"I've already mentioned I love theatre and acting. Would I like to get more involved into that after my squash playing career? Absolutely, but it's hard to get into this business, especially at my age. Plus, I have a family and it wouldn't be easy. Writing is much more convenient, and I was already able to do it during my career (author's note: he writes a column in The Guardian)." 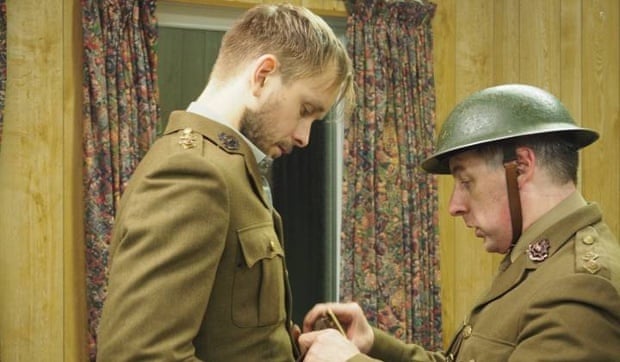 James Willstrop already has acting experience, but he'd like to pursue this path further when he ends his professional squash career (Photo credit: The Guardian)

About his dad and coach Malcolm, and the things he passed on to him

(I tell him I am impressed with the fact Malcolm has been watching almost every single match during the week). "He simply loves the sport, watching squash is like a holiday for him. To be honest, I wonder how he's managed to remain so committed during so many years. As for me, I could see myself become a coach but not 10 hours a day. Behaving properly on and off the court has always been the most important thing for him. It's not easy to keep everything in when you're on there (he points towards the court), and I've lost it a couple of times in the past. Now, I take my frustration out on Malcolm between games, that's what a coach is here for (he laughs). "Or on Vanessa ..." says his dad who is walking past us. He's referring to Vanessa Atkinson, former world number 1 and James Willstrop's wife.

"My dad loves the sport, watching squash is like a holiday for him."

Malcolm Willstrop - in the middle - is a well-known figure in the world of squash (Photo credit: England Squash)

About French crowds, which James has often said he loves playing in front of

"I'll never forget our match against France at the 2013 World Team Championships in Mulhouse, and we English guys remember it so well. It was such a brilliant crowd and they were obviously shouting for their team. But after the match, we went up to the room at 2 in the morning, and everyone who was eating and having a drink stood up and gave us a round of applause. It was a very nice gesture and it summed up what playing in France is like. French people give a lot of passion to their sport, in a outward sense, more so than the English – we are as passionate but don't show it as much. So it was about that, but also respect. There have been countless other memories, especially with the team in Mulhouse. I love coming here, and I am not blowing hot air when I say that."

"We'll never forget our match against France at the 2013 World Team Championships in Mulhouse."

The France v England semi-final at the 2013 World Team Championships in Mulhouse is an unforgettable memory for James Willstrop and his teammates (Photo credit: SquashSite)