She may have been pushed in most of her matches, especially in the final against Coline Aumard, but Milou van der Heijden lived up to her seeding and won the Annecy Rose Open 2019 last Sunday.

After having recently broken into the world top 30, she continues her quiet rise. Discover the 28-year old from Netherlands, discreet but much appreciated on the tour.

ON HER WIN IN ANNECY AND THE TOURNAMENT IN GENERAL

"Coline and I have come through juniors together but only played each other in PSA twice before (author's note: the Frenchwoman had won these two encounters). I think it was a great final, we both had patches where we dominated, but then the other one would come up with a solution again to take the upper hand. In the fifth game, I tried to stay calm on the big points, and focus on just one thing at the time. I think it paid off."

Like in her previous matches, Milou van der Heijden was pushed to her limits by Coline Aumard in the final but managed to find a way through (Photo credits: Draz Foto)

It wasn't the first time Milou van der Heijden - who's been playing for Bourges in French League for three years - had success in France, since she won the French Junior Open in 2009 and the Val de Marne Open seven years later. "It might be that French bread that I love! I think the atmosphere in Annecy was great. Everyone in the organization was doing such a good job at accommodating us and making sure we could perform at our best. And the crowd was awesome, not often at a 11k event we get such an enthusiastic crowd so it was great to have so many people watching and appreciating our efforts. They were cheering very loudly for Coline in the final but they also applauded every time I hit a good shot, which is great. I’m definitely keeping an eye on the calendar for the event next year. I would love to come back to Annecy!"

HER CAREER AT A GLANCE

As a young girl, Milou’s passion was dancing, but with her family owning two squash clubs and her dad a former national coach in the Netherlands, it was almost inevitable that she would catch the squash bug. After playing her first tournament at the age of 12, Milou was hooked and soon after she decided to quit dancing and dedicate all her time to her new passion. It wasn’t until after Milou had finished her high school that she turned full time professional, capturing her first 5k title on the PSA World Tour in Australia in 2012 at age 21. Five others will follow between 2014 and 2017. She represented the Netherlands at major championships in every age category – especially three World Junior Championships – and was picked for the first time in seniors in 2010. She was only 19 and was playing alongside former World #1 and World Champion Vanessa Atkinson. 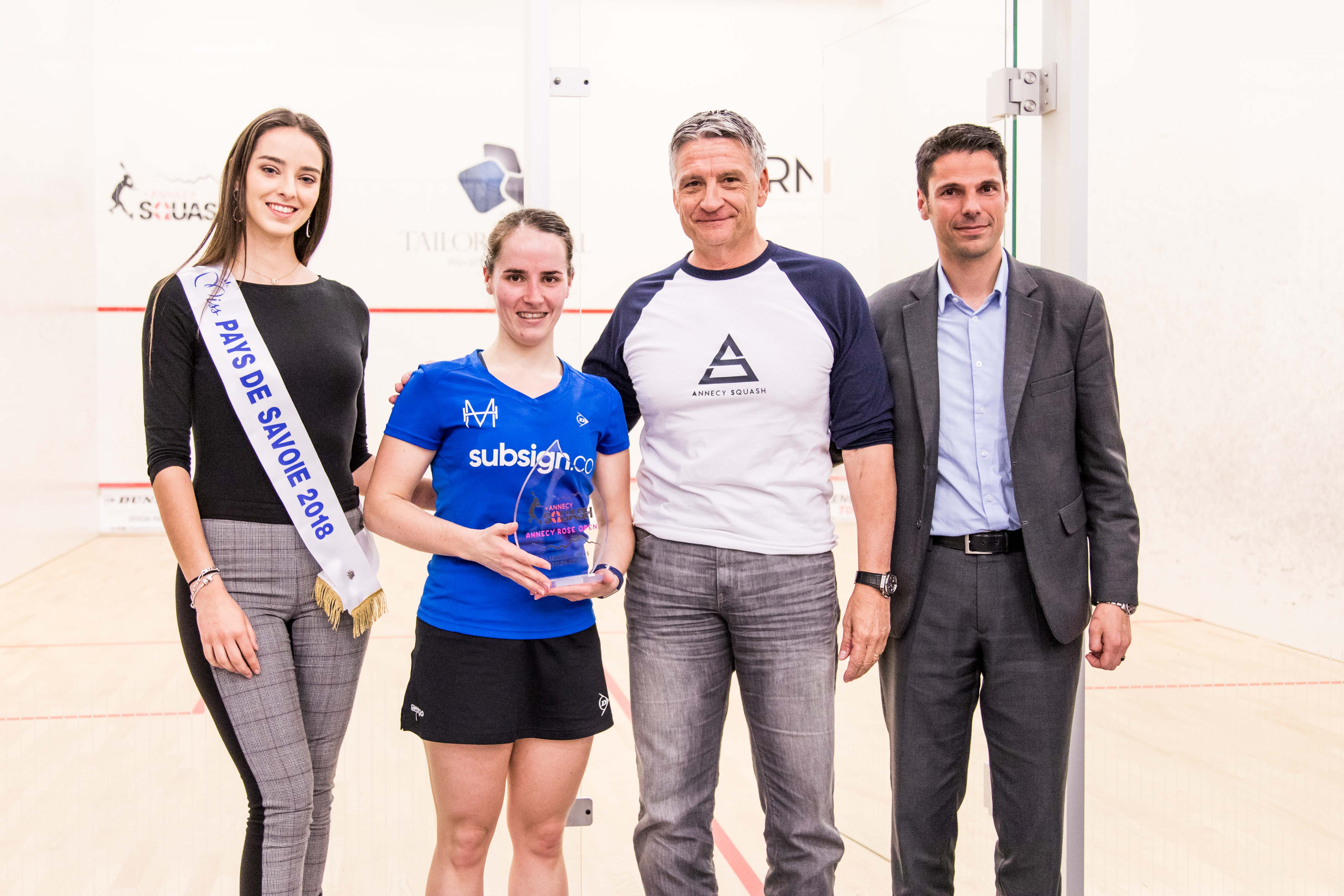 She was called many other times after that, and in 2016 she helped her country clinch the bronze medal in the European Team Championships, after the team had been relegated to Division 2 two years before – because of her absence as well as Natalie Grinham's. Four times national champion, van der Heijden recently broke into the World top 30, mostly thanks to her consistency in the major events (she came through the first round in the last three Platinum tournaments). "Even though I’m at my highest ranking right now, I think I can still improve. I’m constantly working on my movement, and there are still other parts that can be better as well. I never stop learning!" Her win in Annecy, which is her biggest title to date, should help get closer to the top 25 in the April rankings.

MILOU HAS SEVERAL STRINGS TO HER BOW

Life wasn't easy for Milou van der Heijden in the Annecy Rose Open. But even though she was pushed in many of her matches – against Farida Mohamed in the quarters, Rachael Chadwick in the semis and Coline Aumard in the final – the number 1 seed never panicked and always seemed to be able to find a way through. "I think playing smart and finding tactical solutions is definitely one of my strengths. I developed it from an young age, because when I was younger I wasn’t moving very well. So I had to play smart to not expose my movement. Now I move a little bit better, and I can still count on my tactical play." 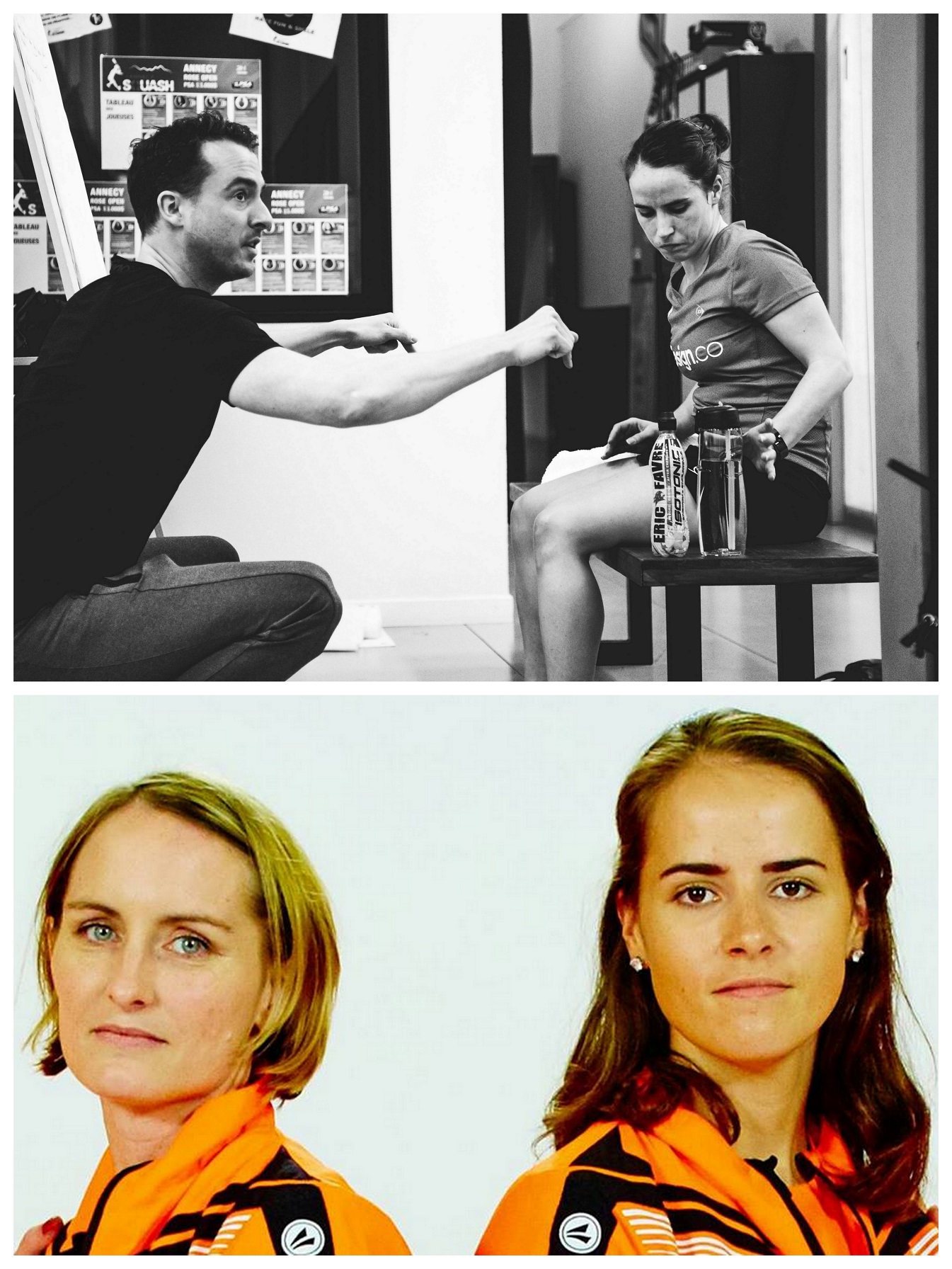 One of van der Heijden's other assets is Natalie Grinham. After playing alongside the former World #2 in the Dutch national team for many years, she's now coached by her (as well as her brother Stef, who was with her in Annecy). "As a junior I didn’t follow many of the PSA matches - probably because SquashTV wasn’t around at the time - but Vanessa Atkinson and Natalie Grinham were the two players I looked up to. It is great to be able to learn from Natalie. I think my biggest improvements have come after starting working with her, so her influence is great. She’s been one of the best players in the world and has played and experienced everything, so it’s so good to have her in my corner sharing this with me. And on top of that, she is also a great person!"

A SECOND WIND FOR DUTCH SQUASH?

Dutch squash lived its finest hours in the 2000s, whether in individuals with Vanessa Atkinson (World Champion in 2004), Natalie Grinham (runner-up in 2009) and Laurens Jan Anjema (first Dutchman in the top 10) or in team events, with several medals in the European Team Championships and an landmark title for the women in 2010: England's loss in the semi-final against Atkinson and the Dutch girls is their only one in 40 events! Things went downhill after this and there is simply no Dutchman in the world top 200 at the moment. However, there are positive signs with a major tournament being held in the country in April, as well as the emergence of a few promising youngsters, such as Fleur Maas (#9 in the European junior rankings) 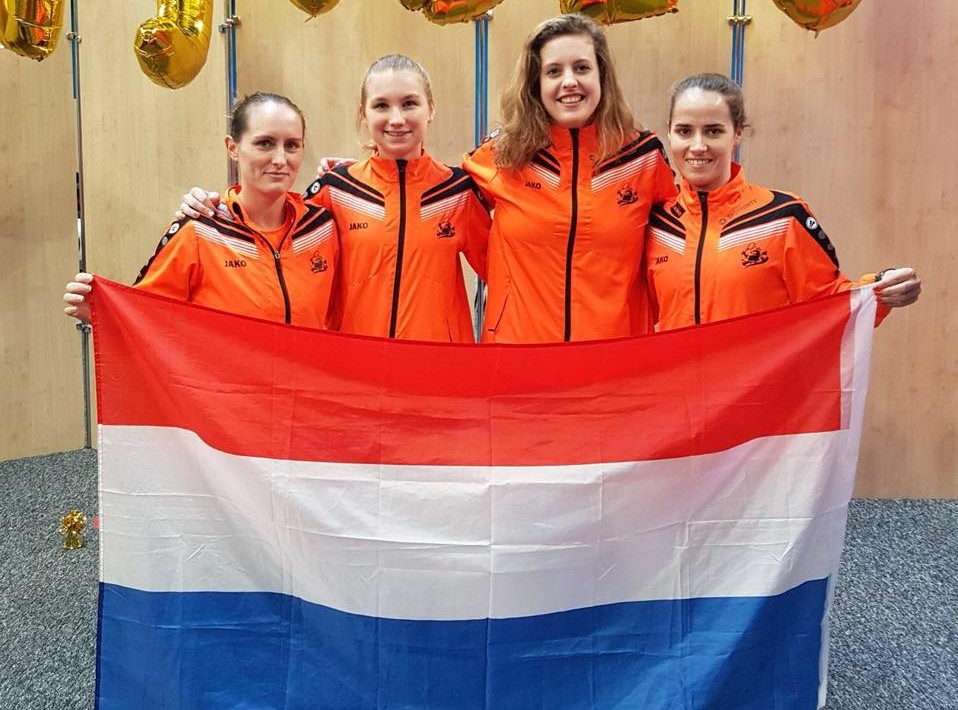 "Of course the DPD Open (9-14 April in Eindhoven, boasting a total prize money of $ 215,000 and 18 players from the men's and women's world top 10s!) is the highlight on the calendar right now, and it should be a great event (Milou will be playing World #26 Millie Tomlinson and the winner will get to meet World #1 Raneem El Welily). It will be good for Dutch squash to have all these world class players coming to the tournament. I think we have some promising juniors now, as you mentioned Fleur. She is only 17 but one of the best in Europe at the moment, and she also is in our senior national team. There are also some young boys (U15s) doing really well (a few weeks ago, the French Junior Open final was an all Dutch affair between Samuel Gerrits and Rowan Damming). It is great to see them improving and doing well, but in general I think we still need more juniors in the Netherlands. The more the better, who can push each other to be better."

Look back on the Annecy Rose Open 2019

All matches in video